Next, we fit both fans, and though there are not real clearance issues with the chipset heatsink, it’s getting a little close. It all fits in the end though with no compromises. We had to adjust the front mounted fan is it did get a little close to the inner DDR4 module, though again, it was acceptable with no compromises. This was due to the small space between the front and back fan structure.

Once both fans were installed in their optimum position, we did notice the front fan was a little higher, though both fans could be moved to match and they are still in full line of sight for airflow of the heatsink and each other. You can be the judge, but inside a chassis we don’t think you will notice if you need extra fan height due to memory compatibility. 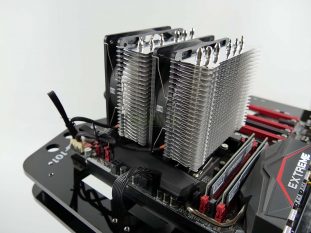 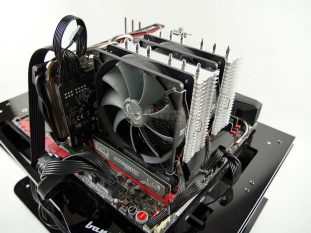 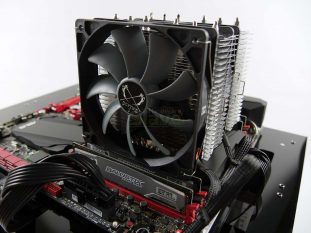