The Asus GeForce RTX 2080 DUAL OC 8GB graphics card is a beast, a good beast, and a nice step forward in horsepower. RTX aside, the Asus GeForce RTX 2080 DUAL OC 8GB is a good 1440p performer and an excellent 1080p solution. If frames per second and refresh rate are your thing, then the RTX 2080 series of cards are a good bet, RTX capibilies are a different discussion. At HWS we love it, the new implementation of cool tech and what was once a promised visual effect for the masses a couple of decades ago, well, it’s here! Just like Virtual reality it’s just about to become mainstream, but is still a fledgling in the enthusiast technology world.

It’s pushed with tonnes of marketing and PR, but from an engineering standpoint, it’s just cracked out of it’s shell and is taking it’s first few and uncertain steps. Engineers must cringe at some of the marketing nonsense that’s out there, but I think from a techie point of view, it’s certainly an achivement. There’s also a problem with this being first genetration RTX, so anyone who buys this card faces a couple of challeneges, no supported game titles and being the bug testers for Nvidia. 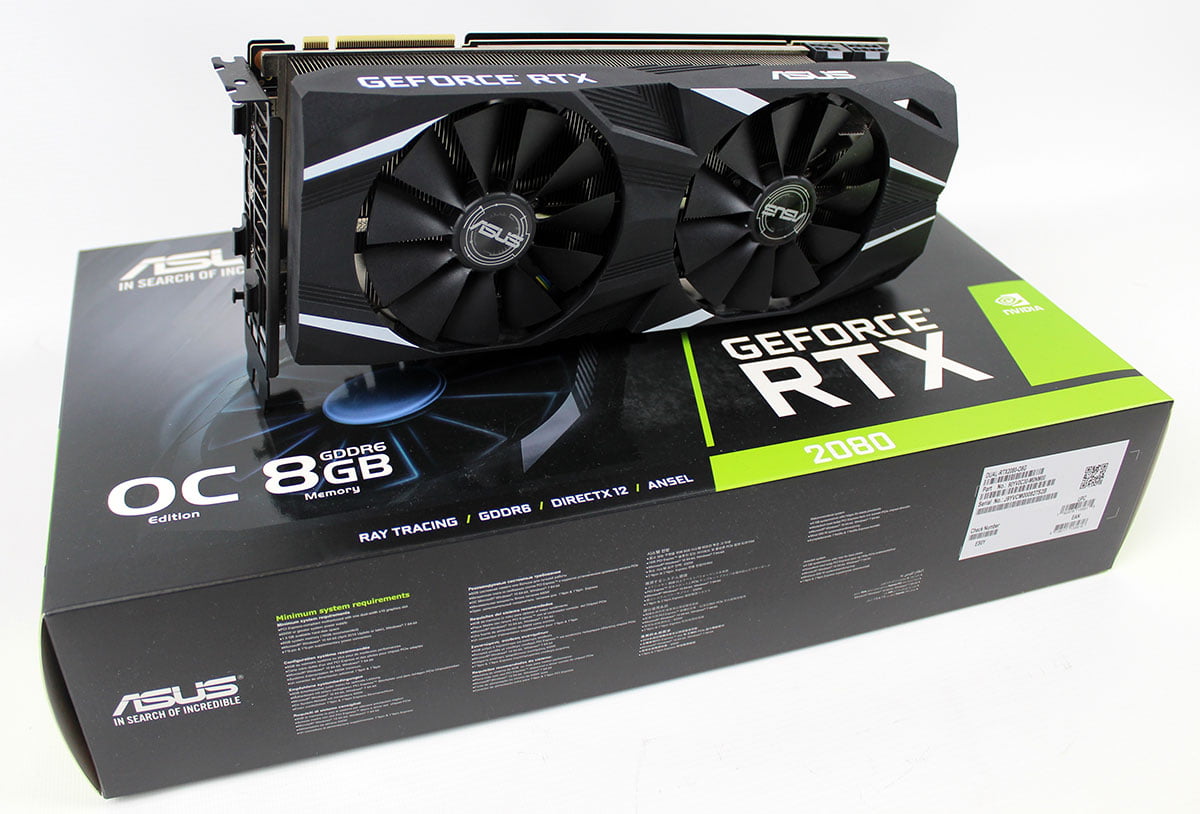 With that said would we recommend it? The short answer is yes, if you have deep pockets or are willing to wait until the second hand market starts to show up some examples. It’s a large investment and is probably the most expensive component of your system outside of the CPU. The first generation RTX cards are priced as first gen cards, so anyone with a GTX 1080 Ti would be thinking twice about a new RTX card.

We would recommend it though, it’s a solid performer and if more games and applications jump on the Ray tracing bandwagon, support and performance should both go in the right direction, up!