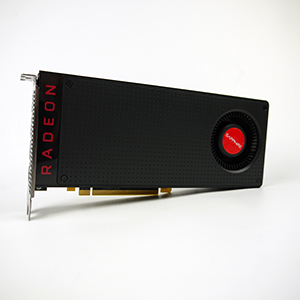 We’ve had our sample of the AMD Radeon RX 480 since launch day. With the issues around blowing PCIe ports and the promise of drivers to resolve this, we hung back a little and completed our full suite of benchmarks with the later driver, the Crimson 16.7.2 driver. We didn’t have two cards, so the chances of blowing our test motherboards ports are slim, the main difference was the promised performance increases.

Cast your mind back to the last couple of major AMD GPU releases, the Fiji range, and branded as the Fury range. Other than the interesting cooling setups and the fantastic glimpse into the future with HBM memory, the range had a couple of downfalls. For us, the lack of HDMI 2.0 forcing non DisplayPort users to 30Hz at UHD resolutions was a big issue. Also, other launch issues such as the failing cooler pump on the Fury X, which affected us as well, and a lock down on the reference boards with AMD basically manufacturing all the boards for the brand partners, at least for the Nano and Fury X. All of these just seemed to take the edge off the Fiji range.

It didn’t finish there, the expectation for the R9 290X replacement, and possibly wrongly, was for a new GPU with lots of memory and HDMI 2.0. The last of the GDDR5 memory generation, though only speculation, AMD and Graphics fans expected didn’t get what they wanted. Instead for the R9 390X graphics cards, we get the Grenada GPU which is a refinement of the Hawaii GPU, retaining the 512-bit memory bus, generally doubling the memory on most high end releases, an increase in the memory frequency and some GPU core clock refinements. Many felt this was not enough and for some it wasn’t. When you add in the HDMI ports specification was only 1.3, 2015 as the dawn of 4K UHD gaming meant you were stuck at 30Hz if you had a HDMI monitor, there was a bit of an uproar. Everything else was pretty much the same as the previous generation, still we’d take a R9 390X over an R9 290X any day.

All in all, AMD managed some progress last year, in spite of the superb Nvidia GeForce GTX 980 Ti which was the card to have last year for all but die-hard AMD fans.

Fast forward to 2016 and AMD released the Arctic Islands-family based upon the Polaris/Ellesmere architecture. All Polaris-based chips will be produced on the 14nm FinFET (Fin Field Effect Transistor) process which is half the previous 28nm Grenada GPU manufacturing process. We also see what would appear to be a drop in basic specifications, 36 Compute Units for the RX 480 in a 4:1 ratio instead of the 44 Compute Units in the R9 390X. Shaders are down from 2816 to 2304 in the RX 480, ROPs are halved and so has the memory bus, to 256-bit from a lofty 512-bit memory bus of the R9 390X GPU.

However, a more welcome reduction is the TDP rating, or Thermal Design Power. Down from 275w for the R9 390X to an excellent 150w for the RX 480. Memory speeds are up to 8Ghz for the 8Gb model and 7Ghz for the 4Gb model, though it’s GDDR5. AMD have also included HDMI 2.0 and DisplayPort 1.4 as minimum specifications for the GPU, a very welcome step forward and brings them in line with Nvidia. The core clock also sees an increase, to 1267MHz which is around 25% more than the previous generations stock core at 1050Mhz.

We’ve got the Sapphire AMD Radeon RX 480 8Gb graphics card to review today, and we will also include a quick Vulkan API test against OpenGL API in Doom, 1080p and UHD resolutions. We also have the TimeSpy Futuremark benchmark included.

AMD have also HDMI 2.0 and DisplayPort 1.4 as minimum specifications for the GPU, a very welcome step forward and brings them in line with Nvidia. The core clock also sees an increase, to 1267MHz which is around 25% more than the previous generations stock core at 1050 Mhz.