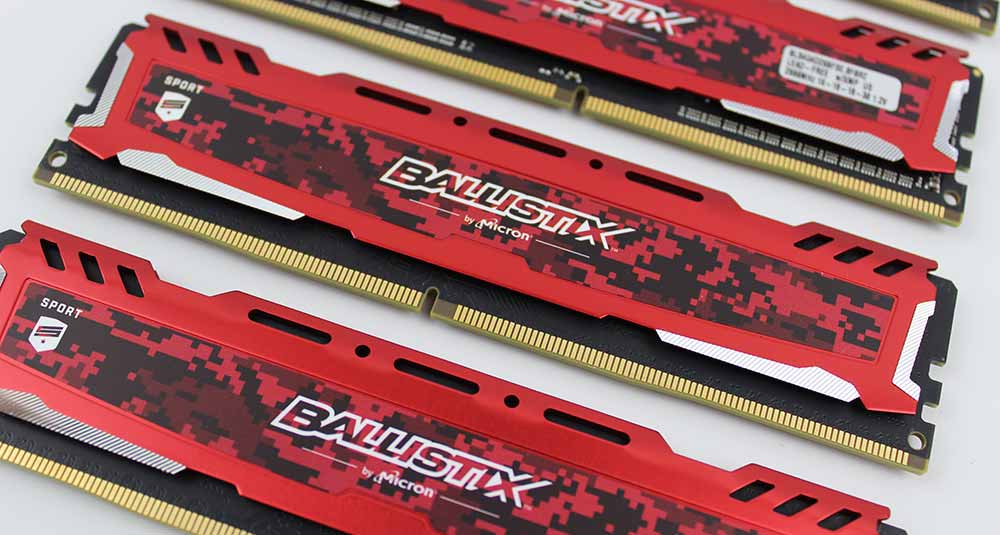 We have had a lot of Ballistix’s DDR4 memory in the Hardwareslave offices to review over the years, and we get good performance, speeds, and compatibility. These memory modules have been black, grey or silver, but now we have some nice shiny red DIMMs to test. Fair enough, a red memory heatsink will not make the memory any faster, but with one of the most common system colours available from Ballistix, you know they should have colour to match most systems.

Redness isn’t the real reason for testing this memory kit from Ballistix, it’s the speed, 2666Mhz. For most people, 2666Mhz is the true minimum speed of DDR4, anything slower and you’re probably building or upgrading an older PC, or an Office PC. We’ve seen DDR4 released with clock speeds as low as 1600Mhz, back when the first modules were introduced. Since then, speeds have sky rocketed, and this means you have a lot to choose from.

We believe, until recently, that the minimum clock speed for DDR4 in a mid-range gaming PC needed to be 2400Mhz, though these days, things have moved forward a little. So whenever asked about the lowest speed of RAM in a gaming machine, we now say 2666Mhz. The availability and cost of this module must mean that you shouldn’t go any lower if you want meaningful RAM performance.