This is the advance view of the BIOS, we generally don’t use the EZ Mode and did not include any screenshots! 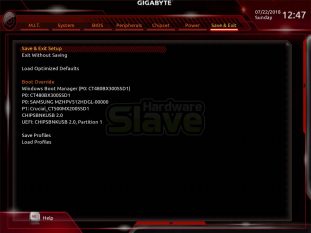 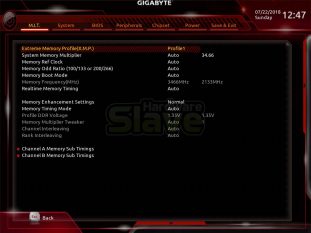 We have retired our trusty MSI GTX 970 GAMING Twin Frozr V as our baseline test bench card in favour for a Nvidia GTX 1070 Ti, which is a much more up to date reference for the typical enthusiasts, even with the Nvidia RTX just a couple of weeks away.

We tested the Gigabyte Z370 AORUS Ultra Gaming Motherboard with the Intel 8700K CPU and some Ballistix Elite 3466 MHz DDR4 32Gb Memory so we do not have memory bottlenecks.