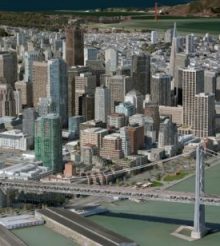 In December, Microsoft released the first public preview of its revamped Bing Maps, offering Windows 8.1 users a way to view over 70 cities around the world in full 3D using the company’s own advanced cameras combined with new software techniques. This week, the Bing Maps Preview got its first update since its public launch, […]

Over the past few weeks, Microsoft has very quietly released
beta versions of its Bing Travel, Bing Food and Drink and
Bing Health and Fitness Windows 8 apps for the Windows Ph [...]