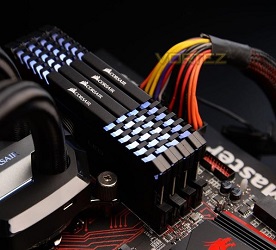 Along with many other products, Corsair first teased the introduction of a new memory product line at Computex 2016 at the beginning of June and then officially announced Vengeance LED later in the month. The Vengeance series has been a mainstay for Corsair and has been a clear demonstration of why the brand remains a leader in the memory sector.