The world of Virtual Reality, or VR to most. It has been offering promises for around three decades and everyone with a passion for VR have been holding their breath for the same amount of time. So now with the new promise of VR in your house, and not only for Air Force or medical simulations, it may be about time to breathe out, or is it?

Enter Oculus, from the outside a company and individuals with that passion and possibly holding their breath as well. Deciding to do something about it and not waiting for someone to invent the required technology, they have forged ahead and have been making waves.

So what’s the point of VR? If you ask most, it’s about immersion, but in reality it’s about tricking your brain into thinking you are there. Your brain is a powerful thing, but at the same time it’s a fickle lover who will move on when they see something a little more attractive.

That’s where VR gets its foot in the door, suspending your belief for just a split second and allowing your brain to indulge in something exciting that doesn’t really exist.

Palmer Luckey founded Oculus and with the help of Kickstarter, launched their Oculus rift development and subsequently the DK1 VR headset.

In Feb 2014 they were acquired by Facebook for two billion dollars, which is no mean feat, and continued on to release the DK2 version of their Rift headset.

Hardwareslave pre-ordered a DK2 a while ago and we have had one since the end of September 2014, testing it with a mix of applications and games, with some, a lot or no success.

We are not going to review the DK2, there is no point , and it’s a pre-release development kit, so bear that in mind throughout. Some, if not all of the details should not be assumed for the final release version, when the technology, software, drivers and application support should be in a more mature state.

It is still for sale, and it is probably a better time to pick one up with last years pre-order delays out of the way.

Unlike the DK1, the DK2 has a more restrained cardboard packaging. 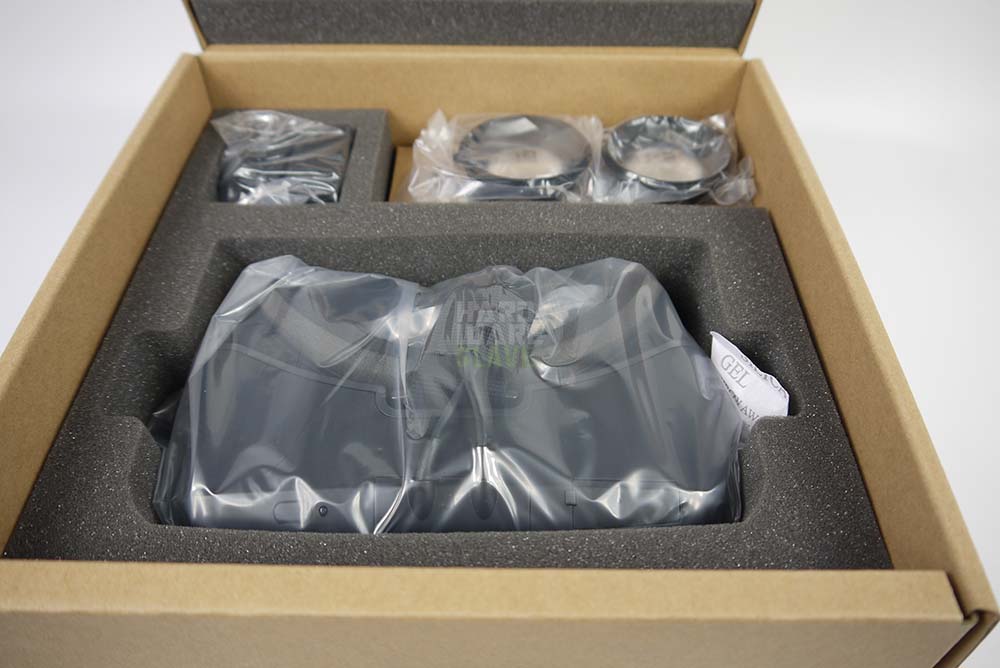 It is very thoughtfully packaged and laid out, not bad for a development kit.