With the dust settling from the recent Intel X99-E releases, there is a general view there will be no mITX motherboards. When you consider what’s in the Intel X99-E’s spec, it is unlikely to ever be something to cater for the mITX gamers, so what’s the alternative?

Well, a few years ago mITX and even mATX motherboards were not aimed at the gaming or modding scene. Since then and with a parallel maturity with small form factor chassis, we are a couple of generations into some decent product lines for both chassis and motherboards in the mid to smaller form factors.

With the looming SteamOS and Steam Box releases a mITX is going to be a perfect solution to size and space if you want to tuck a Steam Box away under your 40 inch TV. In January MSI replaced its highly rated Z87I AC Gaming mITX motherboard with the Z97 Chipset version.

The two generations of Chipset are very similar and for some they may just want to know if it is worth the update. Today we are reviewing the MSI Z97I AC Gaming mITX motherboard and also put it head to head with the Z87 version in synthetic and real life benchmarks to find out.

You will be hard pushed to find any real differences between the Intel Z87 Chipset and the Z97 Chipset we are reviewing today. The main differences being M.2 PCIe interface instead of SATA Express and PCI Express Gen 3 with 16 lanes, which is double the bandwidth of its predecessor and not much more.

The Z97 Chipset hasn’t made the Z87 Chipset obsolete overnight, but there will be a few budget minded gamers out there who will not be able to stretch to a newer X99-E motherboard and DDR4.

Packed on board this little motherboard there are some excellent features and capabilities;

The DVI port is no longer included which may irk some, but it is probably about time DVI ports started to take a back seat, even though we still use them in the office too! The motherboard sports the usual array of long life, efficient and stable capacitors, HI-C CAP, Super Ferrite Chokes and Dark CAPs. They are becoming the norm but its always nice to see. We are only going to over clock the memory today, but it is good to know they are there.

MSI defiantly have a good gaming product line design and the MSI Z97I GAMING AC Motherboard is no exception to this. Over the MSI Z87I GAMING AC Motherboard, the newer Z97 model differs little, in fact the boxes together are confusingly similar. Contents are a similar story, this is a case of evolution over revolution, inline with the Intel Z97’s philosophy as well. 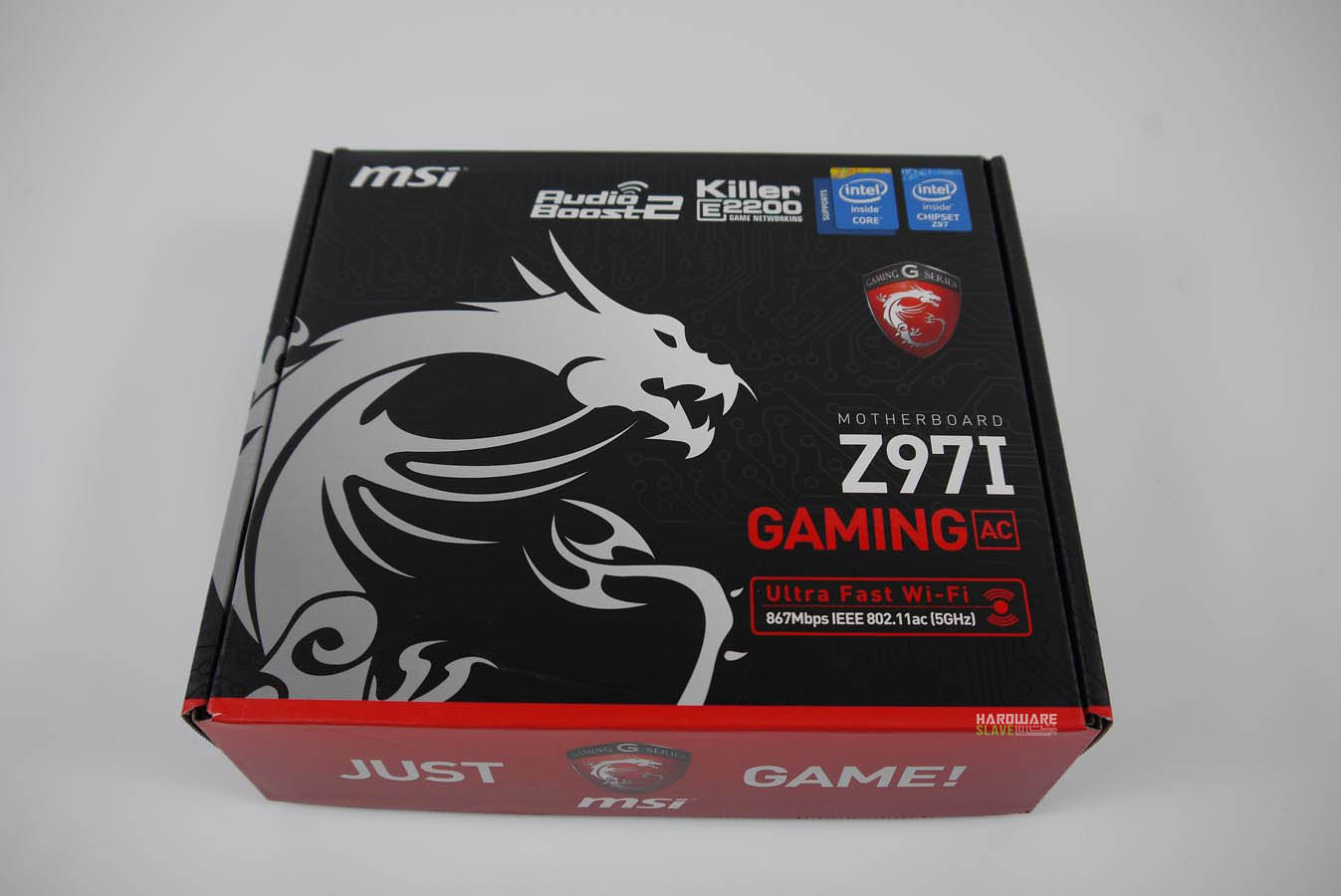 If an MSI Z97I GAMING AC Motherboard has passed your way, this will all be very familiar, with one interesting exception.

One of the main physical differences from its predecessor is the redesign of the Wi-Fi/Bluetooth module connector. This is now a riser card that plugs into a small port near the back of the card and is supported by the IO Back-plate.

The IO Back-plate is not interchangeable with the older Z87 version, the removal of the DVI and the new Wi-Fi layout amongst other things makes sure of that.

AZZA ‘Z’ CSAZ-103 Mini-ITX Case Review
Building a gaming computer with a small computer case is known to be a challenge ...