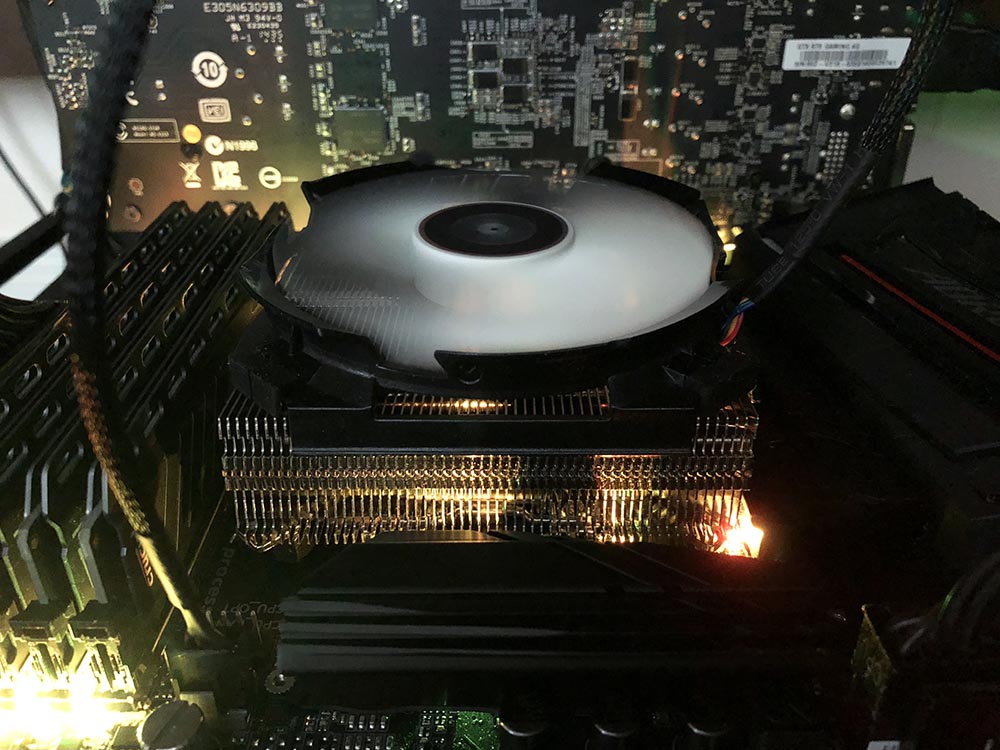 Cryorig has a CPU cooler for all the different Form Factor and TDP requirements out there on the mainstream CPU market today. They need to be considered mainstream themselves too, with big impressions in a short lifespan, and they’re still living up to promises and commitments. It’s fair to say we like them and would recommend any system builder looks at their lineup before making a decision on a CPU Cooler.

Cryorig don’t always cater for the high-end dual fan CPU Cooler mammoths that can take on AIO or some Water Cooling setups. If you want a CPU cooler that will replace the stock OEM cooler, and who wouldn’t, then Cryorig have the C7 in their lineup.

It’s not just a stock OEM replacement, it will cater for the Small Form Factor setups too. In fact, with some typical Cryorig design, it’s probably going to be capable of a little more than a like for like OEM replacement.

The tiny Cryorig C7 stands just 47mm tall and has no memory clearance issues because it’s just about the size of the CPU Socket itself. It’s small, but it’s still sporting four 6mm heat pipes. A 92mm fan is smaller than we would normally like to see, but in SFF and HTPC systems, it’s the perfect way to keep your CPU Cooler’s footprint to a minimum.