Far Cry 3 is more of the same, and although very similar to the Sapphire Radeon R9 290X Vapor-X Tri-X, there is a slightly higher average, giving a better all round gaming experience.


Watch_Dogs up next and some better results than the R9 290X. Also, the test failed to run on the GTX970, though it has in the past, we believe this is a configuration issue at our end, rather than an Nvidia issue.


Much better results this time round, and although not too playable, it was much better than the Sapphire Radeon R9 290X Vapor-X Tri-X

Games which require a large amount of video RAM benefit greatly from the 8Gb of GDDR5 running at 6GHz effective. Crossfire is the only way forward into strong 4K, 8K and VR performance, though this card is managing good UHD/4K performances. If you are not really bothered about all that, and just want to upgrade, it is not really worth it, unless you are always hampered by your graphics cards vRAM. 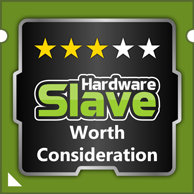 If you don’t fit into the categories above, your R9 290X is doing just fine, the R9 390X is a “nice to have” graphics card. On the flip side, this is a fast card, and it does have the right to be considered in a high end rig, it benches well, looks good and games superbly, you just need to forgive and forget AMD for branding this as a “New Generation” a little too much in our opinion.